These are just some of the tools a redneck must always have around. PB Blaster, pipe wrench and a BFH (Big F’in Hammer).

We’re going to be doing some more hay baling in the next couple of days. We’ll use my truck to haul hay wagons. So I had to remove the ball from the receiver hitch yesterday. That ball was really rusted tight on the hitch. But I sprayed a little PB Blaster on it, put the pipe wrench on and beat it with the biggest hammer I have.

I should have made a ‘how-to’ video on how to remove a stuck ball hitch.But I didn’t think of it until after I was all done. 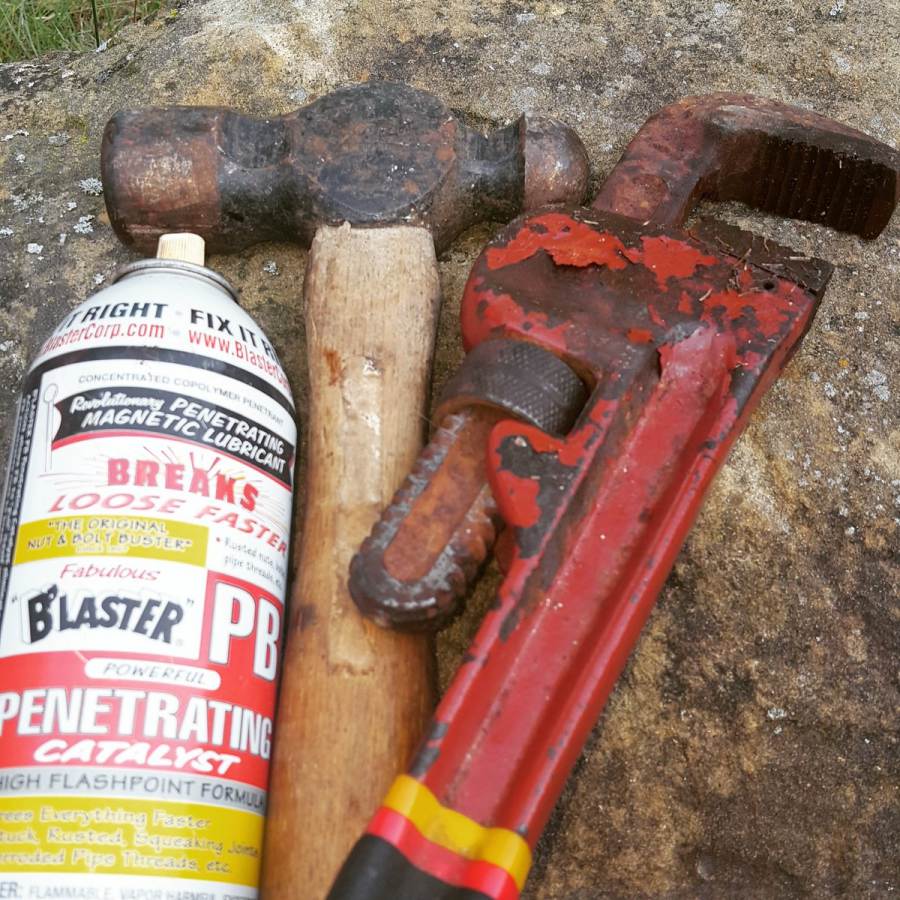